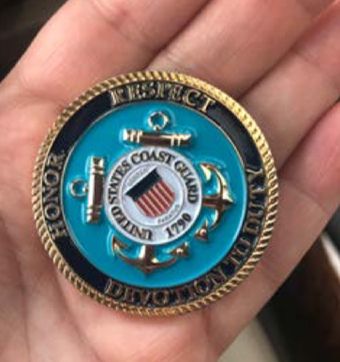 Thousands of Coast Guard service members and families faced financial hardship as a result of the recent government shutdown. Hunt Military Communities (HMC) and its non-profit arm, Hunt Heroes Foundation, organized to provide support across all of its communities.

Hunt Heroes Foundation donated $500 to the American Legion to support the Veterans and Children Foundation. This program provides members of the U.S. Coast Guard, who have minor children in the home, temporary financial assistance of one-time grants up to $1,500 per eligible household. Additionally, HMC encouraged its employees and residents throughout all 49 military communities to donate by providing a link on all their social media outlets. To date, the American Legion has distributed over $1 million dollars in grants to U.S. Coast Guard personnel. For information on how to donate, go to: https://www.legion.org/financialassistance

Throughout the duration of the shutdown, HMC provided the following concessions to impacted families:

1. Late charges were waived for past due rent; and
2. If the furlough were to last for a substantial period of time (exceeding 30 days), residents affected by the shutdown would work with the local property management staff to develop a payment plan to repay missed rent payments.

At HMC communities, employees found ways to help those impacted.

Hanscom Family Housing employees were "coined" by the Coast Guard Commander Captain Eric Doucette, and in the presence of Hanscom Wing Commander Colonel Chad Ellsworth, for helping support Coast Guard families impacted by the government shutdown. Being coined by military leadership is one of the greatest accolades a person can receive.

Hanscom Family Housing is home to approximately 80 Coast Guard families who did not receive a paycheck during the government shutdown. The team collaborated on ways to help ease some of the burdens families are facing as a result of not getting paid. Hanscom Family Housing, along with its Air Force partner, organized the following:

Hanscom Family Housing also received a number of financial donations from residents, many who want to remain anonymous, that were handed out to families in need.

"I would not have missed the opportunity to do this," said Colonel Adams. "It's all about the people."

"The degree of support and involvement that I saw at all of our communities throughout the shutdown was heartwarming," said John Ehle, President of Hunt Military Communities. "It is a testament to the commitment that our employees have to the residents that they serve."

About Hunt Military Communities
Hunt's Military Communities division is a 50-year partnership created between the Department of Defense and Hunt through the Military Housing Privatization Act. As part of the partnership, Hunt owns approximately 52,000 units spread across more than 40 military installations on Navy, Air Force, Marine Corps, and Army installations and is the largest privatized military housing developer in the nation.

As a Hunt employee, you will be helping our organization build value—and as your employer, we'll be committed to helping you build value, both personally and professionally. If you are talented, energetic, and customer-service oriented let's chat!